A heart contrite and humble, O God, you will not spurn

It has been over three years since the election of Fr. Teodoro O. Kalaw, CRM during the 63rd General Chapter in July 2018 as the 60th Superior General of the Order of Clerics Regular Minor- Adorno Fathers. From day one, he has been working tirelessly, with his fellow CRM priests and brothers, to update and renew the Order in consideration of the signs and challenges of the times.

Two notable updating and renewing the Father General did were the Constitution and Rules and the Formation Itinerary of the Clerics Regular Minor. 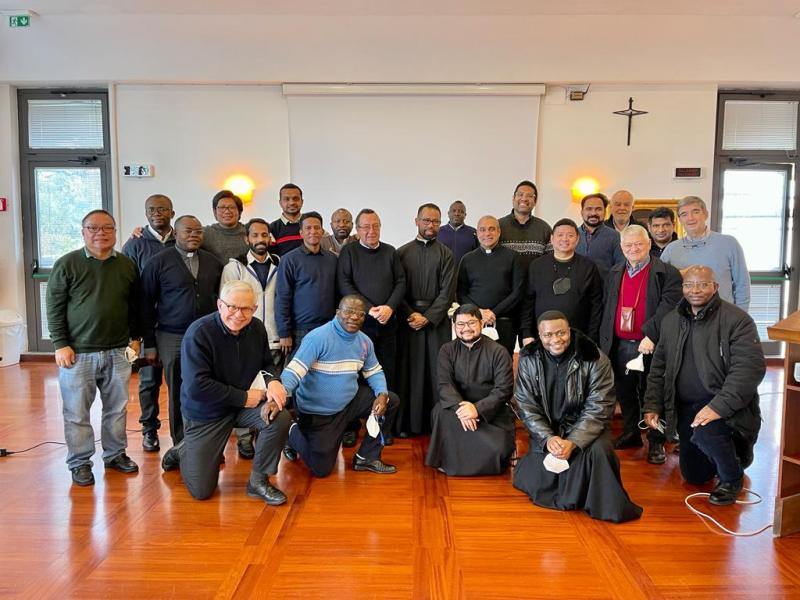 Several Delegation Chapters have taken place after the 63rd Chapter in July 2018, the General Consulta, with the direction of Fr. Ted, had worked on the new edition of the Constitution  published in Rome in 2021.

The second is the Formation Itinerary of the CRM Order, the updated Ratio Formationes 2016 was finalized and approved by the Consulta in 2022 which synchronizes the formation of those who seek be part of the Order, the professed both temporary and perpetual and the stage of permanent or ongoing formation.

With the help of all formators of the Order from Italy, India, Philippines, Africa and USA, the document will guide us with the help of the Holy Spirit, to be able to accompany seminarians in their formation to become aware of their weaknesses and strengths, gifts and talents and to freely offer their life to Jesus, the Risen Christ, in imitation of the Holy Founders of the CRM, for the salvation of souls as religious priests and brothers.

The Dieta is a midterm meeting of all Adorno religious from four delegations, USA-Philippines, Africa, India-Germany, Italy, elected to represent their respective delegations. It aims to present the state of the Order in the various parts of the world where it is present through the presentation of the triennial reports from the different delegations and to make recommendations for the next three years.

For a 'Missionary Disciple' in a challenging world